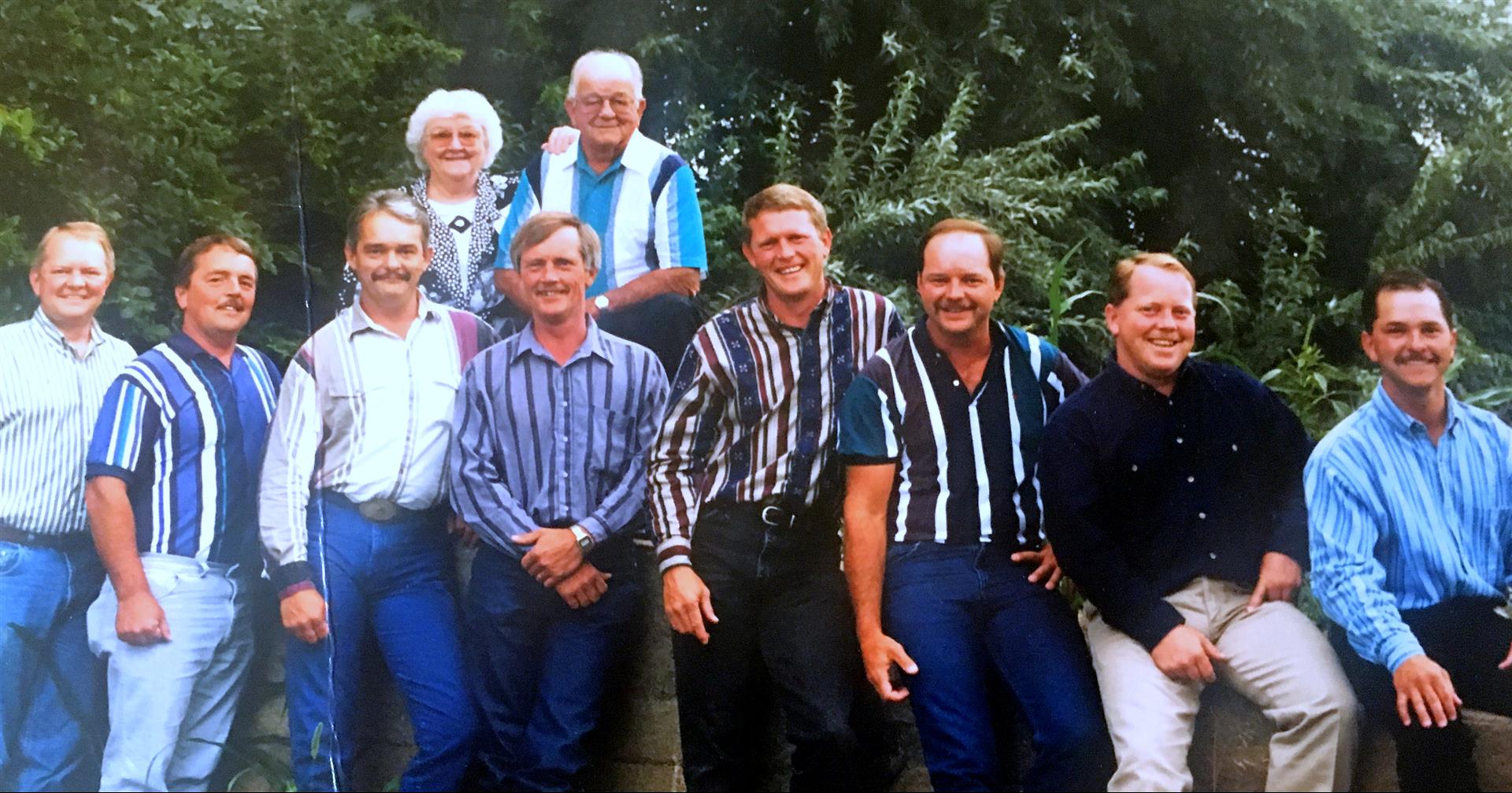 WHEN IT COMES TO AGNES RABE, MOTHER’S ‘DAY’ SEEMS INADEQUATE

After raising eight kids, all of them boys, Manor of the Plains resident Agnes Rabe has probably earned more than just one day of admiration and pampering each year; however, it is safe to say that all of those years of hard work and dedication didn’t go unnoticed or unappreciated.

“Mom was probably one of the hardest working people I ever met,” said Agnes’ son Kevin. “We would go to bed at nine or 10 p.m. and we’d wake up at two in the morning and find mom in the bath tub—that was the only time she had to herself.”

One of Agnes’ other sons, Gary, has also grown to appreciate his mom’s seemingly superhuman abilities to keep he and his other brothers clothed and fed.

“With all of us at home at one time, it wasn’t really easy to do all the laundry, but she kept it up, and we never went hungry,” said Gary.

Even just putting dinner on the table each and every night was no small task, but it was one Agnes excelled at.

“Mom made the best fried chicken ever—and we raised 225 chickens twice a year, so we ate a lot of chicken,” said Gary. “A typical meal was four complete chickens, 10 pounds of potatoes and at least a gallon of vegetables.”

And often, Agnes wasn’t just providing for her own family of 10.

“She never knew when we’d bring a friend home,” said Kevin. “There might be three or four extra people at dinner time, and she’d never turn anyone away.”

Agnes’ natural instinct to always extend a hand to someone is need is a sign of what Kevin calls his mother’s “caring heart.” However, that doesn’t mean that Agnes was one to spare the rod with her own children.

“When it came to discipline, I think I can speak on behalf of all my brothers. We were more scared of mom than dad,” said Kevin.

But looking back on it all of these years later, Agnes’ sons are filled with fond memories and appreciation.

“I just love everything she did for me and all my brothers,” said Gary. “She cared about each and every one of us. She didn’t favor anybody, she cared for all of us.”

PHOTOS: Top, Agnes and Marvin Rabe (about 20 years ago) with their eight sons from oldest to youngest (left to right): Terry, Gary, Randy, Tim, Kevin, Kenny, Tom and Bob. The photo of Agnes Rabe, who her second oldest son, Gary, calls "an awesome lady" and her fifth son, Kevin, calls "an amazing woman," is recent. She will celebrate her 92nd birthday on August 1.

Posted on
April 19, 2019
by
Cindy Kelly
filled under
Residents
« Back to Blog