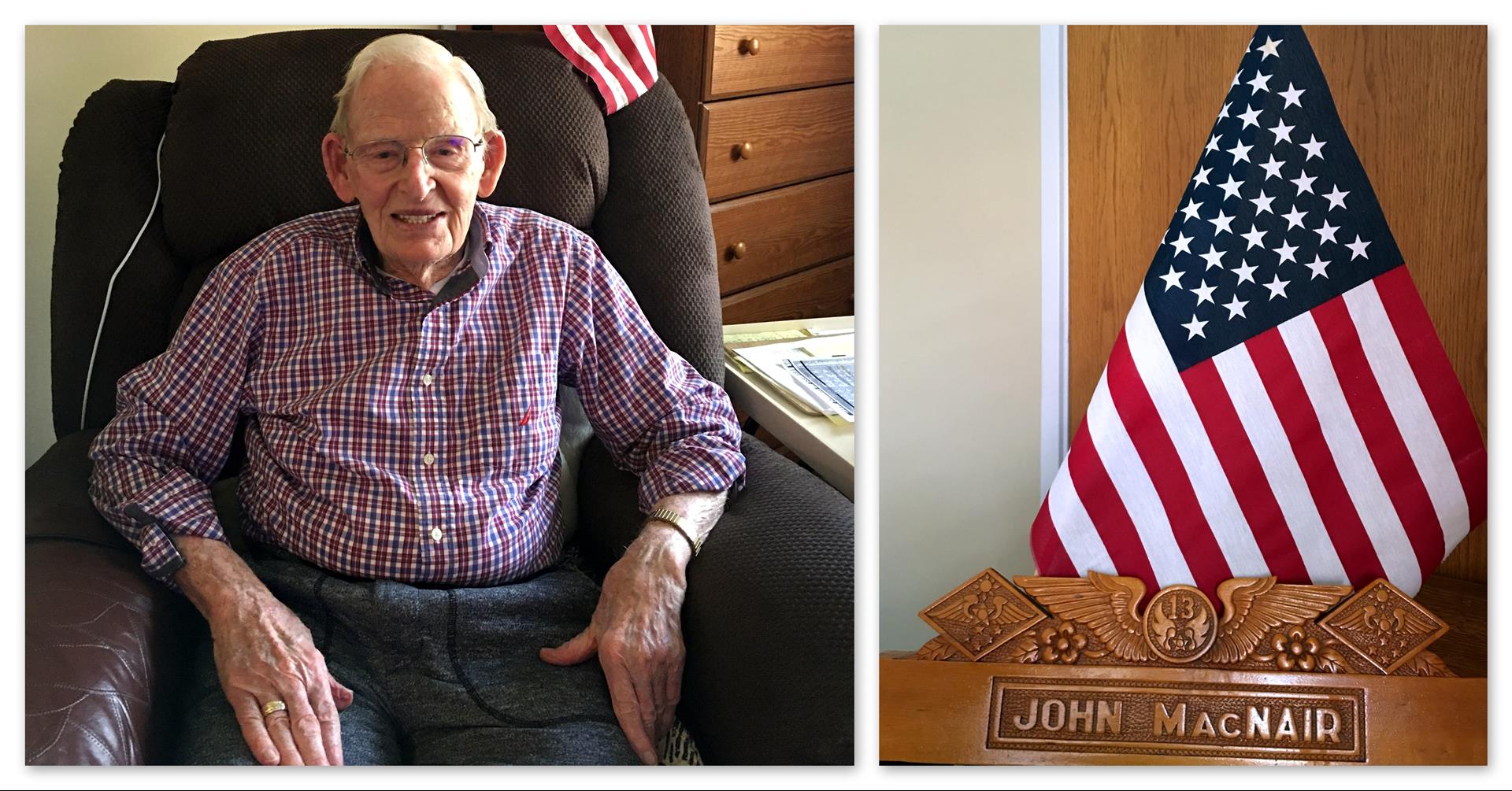 In 1945 when he was at a New Jersey high school playing a fifth year of football, resident Jack MacNair was called to duty.

“It was World War II, so everybody was joining something or other. Joining the United States Army Air Corps was one of the ways I thought I could sign up and not be in the military or army. They said I had so many days until they’d induct me. They called me as a senior in my spring quarter,” said Jack.

The next 18 months were nothing he could prepare for.

“I wasn’t trained for anything. They sent me to four or five different schools, but they all closed up. So, they just sent me overseas. I went on one of the first boats that went across the Pacific that wasn’t in a convoy. It was being shipped over to the Philippines. The first thing I signed up to do was to work in a motor pool. We were mechanics, actually. I wound up one of the head men, except for the lieutenant, in charge of the motor pool. We were keeping all the four-wheel-drive vehicles running. At one point, they shipped us some Japanese people who were prisoners of war, and we were to train them before sending them back to Japan,” said Jack.

When Jack left the Air Corps, he went to college in Iowa, where he met his wife, Bobbie (Barbara), of 69 years. They both worked for the Weyerhaeuser Company before moving to his family’s farm north of Dodge City to operate it. While there, they had two sons who grew up helping on the farm and now own it. The family also had a popular saying around the farm that Jack had picked up from his days in the service.

“When I first arrived in the Philippines, there was a line of vehicles that were inoperative. One day I was lamenting to a Filipino that we didn’t have any parts to fix the vehicles. He said, ‘Jack, you’ve got to im-pro-vise.’ That became a saying on the farm, where we had lots of places that we could im-pro-vise,” said Jack.

When asked what it means to be a veteran, Jack was humble. “Other people seem to make more of it than I did. I didn’t think it was any great thing. A lot of guys are veterans. I’m proud of it and it means a lot to me.”

Posted on
April 9, 2020
by
Cindy PMMA
filled under
Residents
Veterans
« Back to Blog