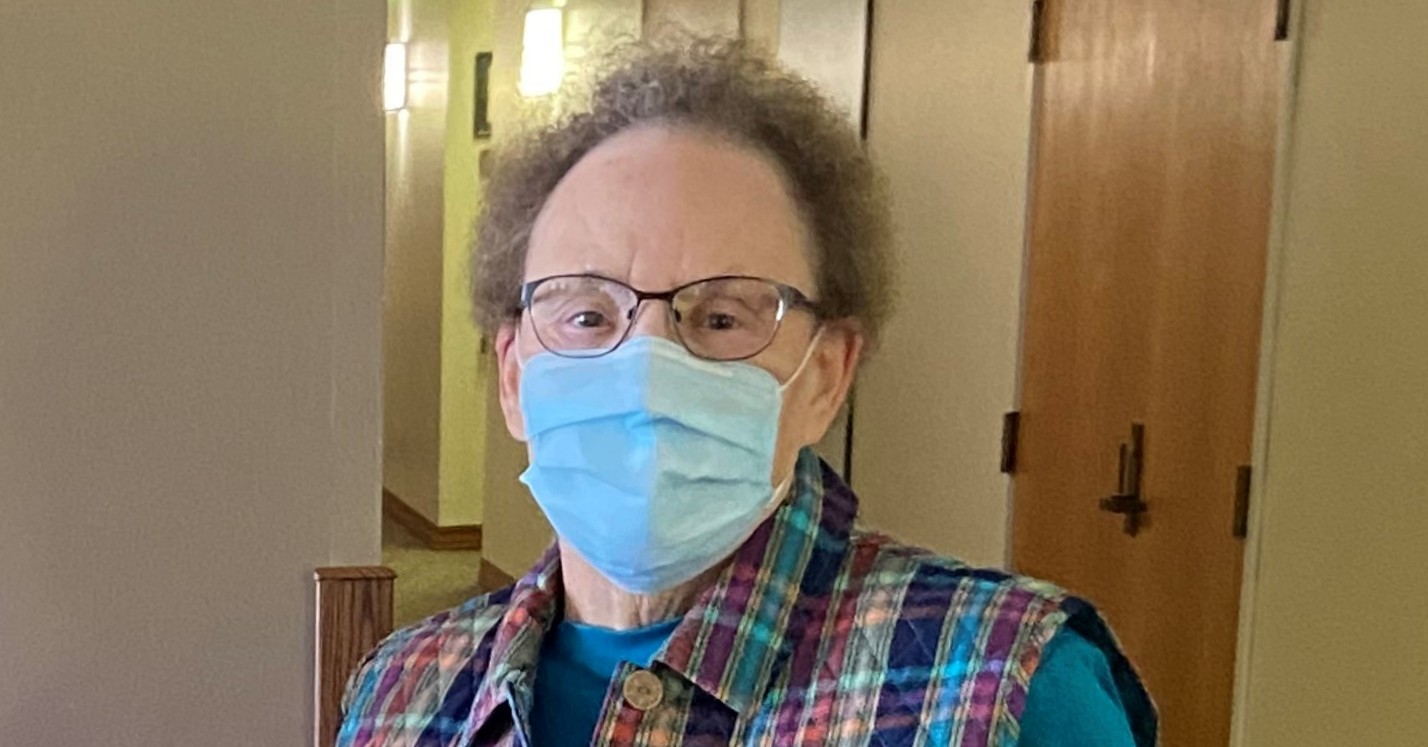 Sandra Schartz loves Manor of the Plains for its history

When Sandra Schartz and her husband, Russell, moved to Manor of the Plains in 2016, the couple was already intimately familiar with their new surroundings – the community sits on the former campus of St. Mary’s of the Plains College where four of five of the couple’s daughters went to school. On top of that, two of Russell’s sisters went to the high school that predated St. Mary’s back in the early 1950s.

“We have quite a history here,” said Sandra. “In fact, when they started building Manor of the Plains, we were still involved with St. Mary of the Plains and the Agency on Aging, so I was at the Presbyterian Manor quite a bit.”

The couple moved to the community when Sandra’s sight started to fail and Russell began needing more care. The two have been married since Thanksgiving Day 1957, a fact that was supposed to simplify things as the years passed but has instead added more confusion.

“My husband chose the date because he knew it was a holiday, but forgot it changed every year, so we’ve always celebrated two anniversaries—Thanksgiving Day and the actual date,” said Sandra.

In the nearly five years she has lived at Manor of the Plains, there have been many aspects of the community that Sandra has enjoyed.

“I like the people that live here and the staff has done a great job of keeping us safe from COVID-19,” said Sandra. “Yes, we don’t like the restrictions and all of that, but it’s for our own good and they do keep us safe—this too shall pass.”

Looking toward the future, Sandra feels the community will continue to be a place that will be able to adapt to her needs.

“Personally, I feel very safe here. As my sight gets worse, I know this will be a place where I will be able to get around—I think that is the main thing,” said Sandra. “The staff works for us as we grow older and require more care.”

Posted on
February 18, 2021
by
filled under
Residents
« Back to Blog