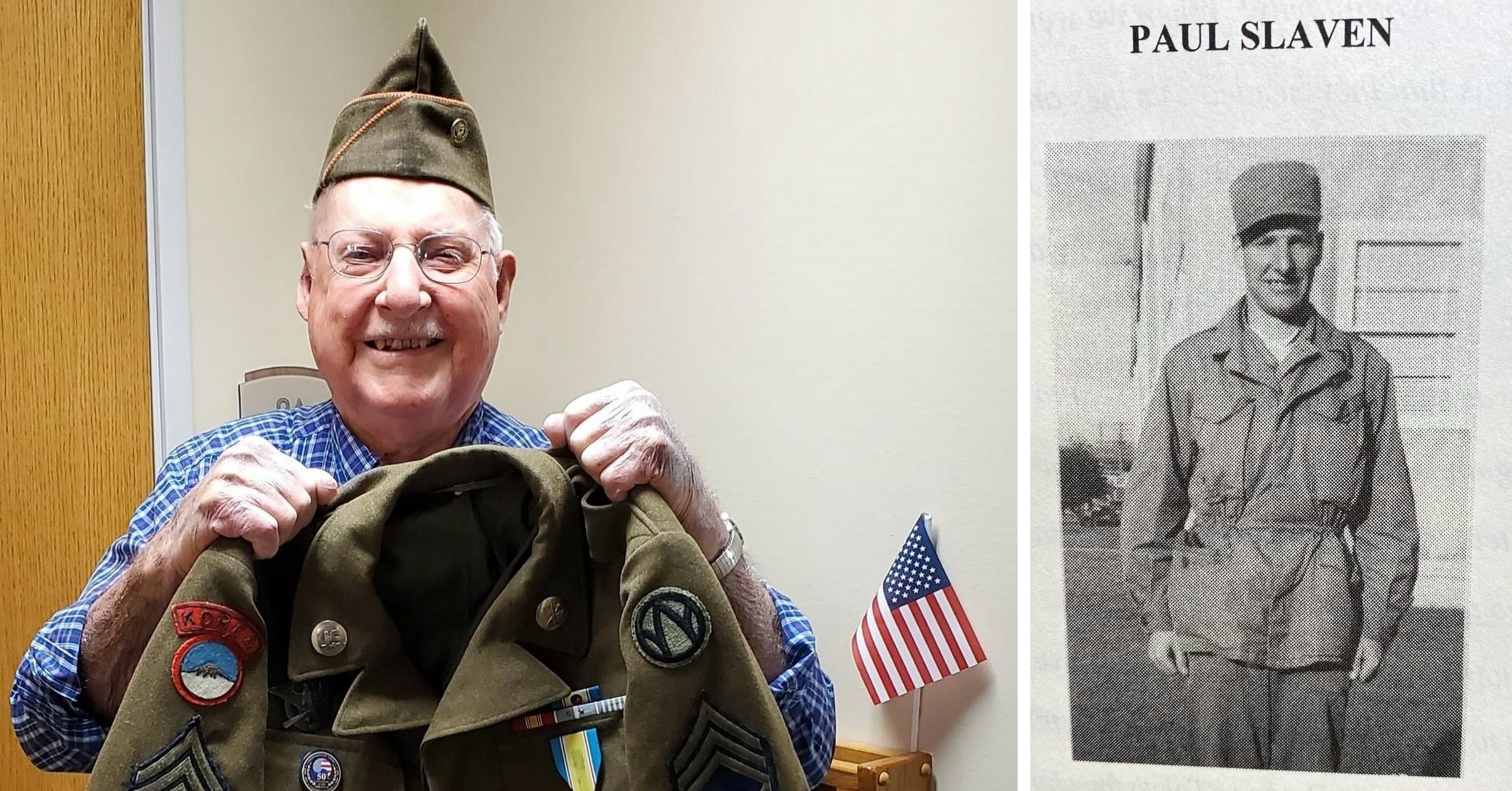 Paul Slaven’s story is much different than that of most U.S. Army soldiers and the only way to tell is through Paul’s own words.

I was drafted at age 23 on November 15, 1951. The recruiters asked for volunteers for the Marines, and no one volunteered. I was very close to being reassigned, but the guy next to me was picked. I knew where the Marines were going and wanted no part of it.

I was sent to Camp Gordon in Georgia for basic training and attended radio operator school there. As soon as I got out of training, I shipped out for Japan and was assigned to the 8240th Army Unit. I pulled temporary duty at Camp Drake in Tokyo for three weeks. After that, I was assigned to a little Army boat, the Q227. I did not even know that the Army owned any boats!

We crossed the inland sea between Japan and Korea. There was a camp that trained Koreans to be spies and our job was to transport them back and forth. We had no idea who were soldiers and who were spies. We were very lucky, as we did not know whom we could trust! Many times, we took the North Koreans on raiding parties. Sometimes they barely made it back to the pickup point, and we had bullets whizzing by us. I actually felt my knees shaking. There were four Americans on the boat, and I was the only one in the Army. I was the radio operator and steered the boat. Most of our missions were at night, and I used the azimuth on my compass to get us back.

I was checked out for secret clearance and was taught how to break down codes. Most of our radio traffic was between our boats, and we sometimes talked to the Navy vessels. I was a private first class and our chief thought I was doing a good job, so I was promoted to corporal.  Later on, I went into active reserves and finally got my sergeant stripes. I got married before I was drafted and had my first child while I was in the Army.

Posted on
December 10, 2021
by
filled under
Residents
Nostalgia
« Back to Blog