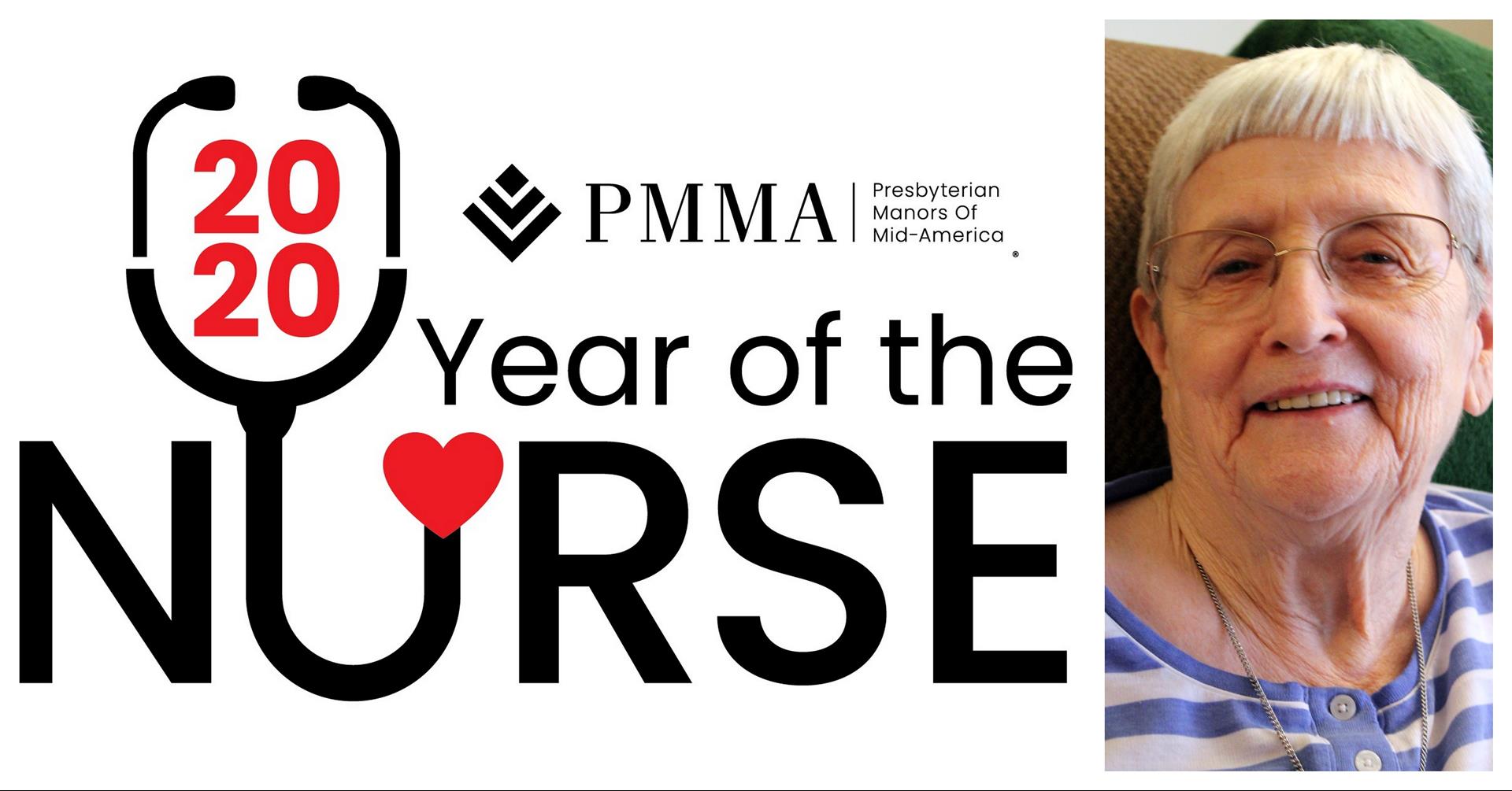 As PMMA (Presbyterian Manors of Mid-America) celebrates the Year of the Nurse, we’re proud to put the spotlight on resident Kathleen McElgunn, a former nurse on our campus.

Kathleen’s career path was practically set for her as a child.

“My mom was a nurse and she always had to take care of my grandma and grandpa. She was hard working and loved her job. I just sort of took after her,” Kathleen said. “My mom had two handicapped children—my sister had polio when she was 16 and was in a wheelchair. One of my brothers was born with cerebral palsy. We took care of them at home, and it just sort of fell into place.”

Kathleen’s education in nursing took her from Dodge City to Wichita and Pratt before she came back to Dodge City to help care for her family.

“It was getting too much for my mom to take care of my brother and sister. After my dad died, I came home and went to work at Trinity. When they closed Trinity, I transferred to the new hospital, Western Plains Medical Complex, and stayed until I retired. But retirement wasn’t what I thought it would be. I was bored. So, I got a job nursing at Manor of the Plains and worked every Friday night for three years,” said Kathleen.

Wendi Barlow, human resource director at Manor of the Plains, has fond memories of Kathleen being on staff.

“She was a huge asset to our nursing team! I was the nursing director and never worried about things on Friday nights,” said Wendi.

Once Kathleen retired for good, she lived at Park Plaza Towers for about 10 years until health issues convinced her a change would do her good.

“My brother in Kansas City was worried I’d fall and break something. He and my two nieces thought that I should start looking at Manor of the Plains. I said ‘no’ for months, but when I fell the second time, I told them they won, and they set me up to move here. I enjoy it! I appreciate the people here, they’re very nice. I ride the bike and walk the halls. Sometimes I take exercise classes. My niece brought me an adult coloring book—they have a coloring class here, and I go to that,” said Kathleen.

To learn more about living at Manor of the Plains, contact John Van Hook, executive director, at jvanhook@pmma.org or 620-225-1928.

Posted on
March 27, 2020
by
filled under
Employees
Residents
Quality
« Back to Blog