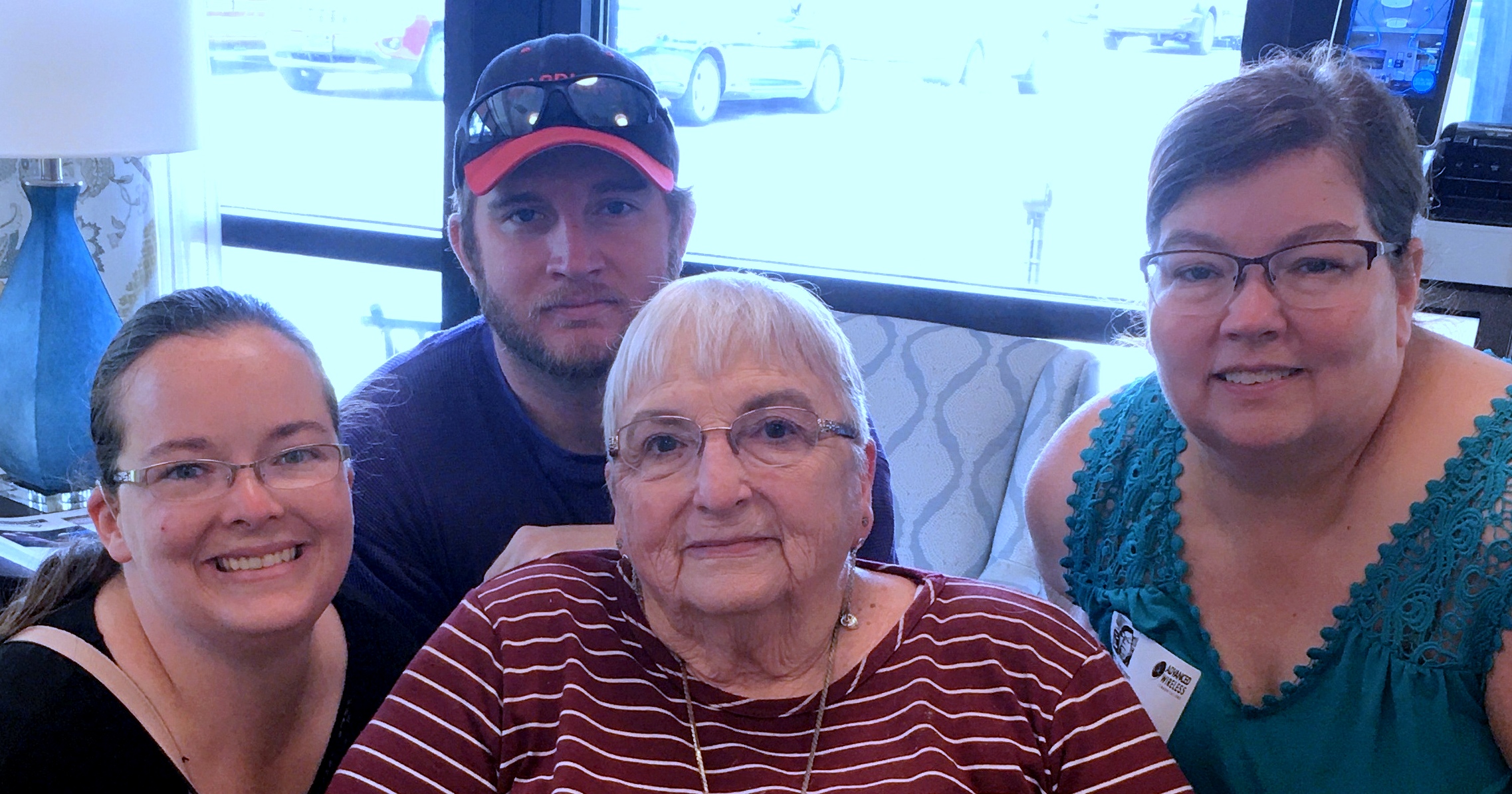 It’s not every day that Manor of Plains gets visitors from halfway around the world, but that’s exactly what happened this summer when Jane Tyler’s grandson, Derek Bergan, “popped by” to see her during a break from his job as a teacher in South Korea.

After flying back to see his parents in Iowa, Derek made the 12-hour drive to Dodge City to be reunited with his grandma back in June.

Unfortunately, Derek’s visit to the Manor didn’t go exactly as planned. When he got here, the pick-up that’s equipped with a special lift for Jane wasn’t working so they weren’t able to go out—however they ended up making the most of the situation.

“We spent more time together rather than going shopping,” said Jane. “It was just as well it didn’t work; we had a good time.”

Prior to teaching in South Korea, Derek taught history and coached volleyball and basketball in his hometown of Dubuque, Iowa. It was there that he first learned about the possibility of teaching abroad.

“Unbeknownst to us he decided to do it and picked South Korea,” said Jane. “I told him, ‘Don’t you even get close to the border of North Korea, he’s a mean guy!’”

Derek’s first year in South Korea was going great until the COVID situation got worse during a return home over Christmas break.

“When he got back he was immediately in lock down … so that kind of ruined his fun of going around and seeing things,” said Jane. “That quarantine was hard on him, he couldn’t leave the house or do anything.”

Now with things beginning to return to normal, Derek surprised his grandma with the news that he recently signed up for another year.

“I told him he better get home after that,” said Jane.

Derek is one of Jane’s eight grandchildren from three children and she feels lucky to have close relationships with them all.

“I feel fortunate, our family has always been together and stayed together as much as they could,” said Jane.