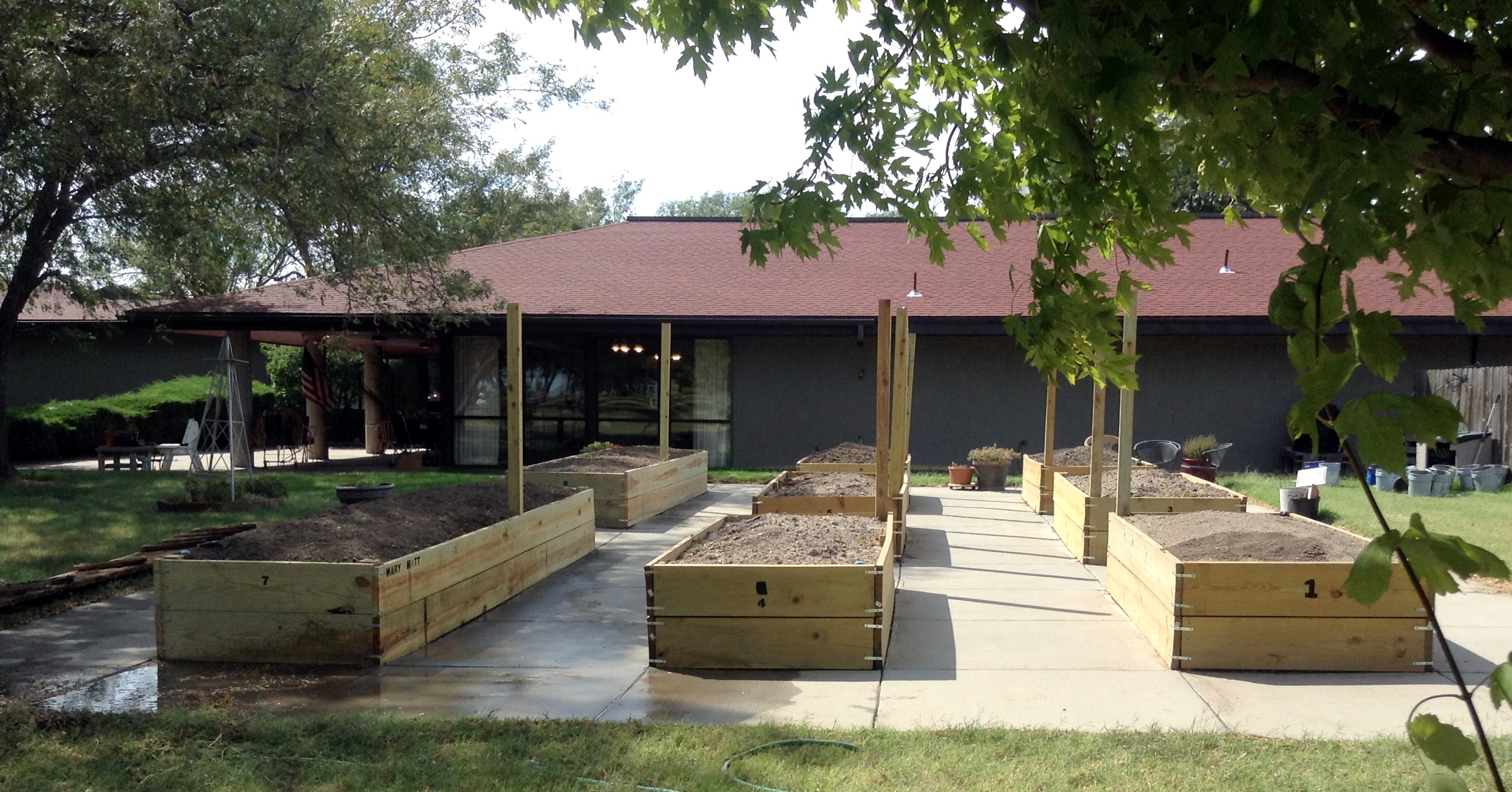 Misty Cole, the Girl Scout who rebuilt Manor of the Plains’ garden beds, has recently been awarded the organization’s Gold Award—it’s top and most-prestigious award—for her work. Earning the award, which is comparable to the Boy Scout rank of Eagle Scout, was an honor Misty had set her sights on upon entering the Girl Scouts.

“When I started Girl Scouts 13 years ago, there was a girl who had just recently earned her Gold Award and I went to her ceremony and I told myself, ‘I want to be that girl,’” said Misty.

The project resulted in six, 10-foot and two, 18-foot beds and took Misty a year and half of around-the-clock work to complete. However, despite the lengthy—and sometimes late in the day—disruptions, Misty was grateful to the ongoing patience and support of the residents and staff.

“Some nights I felt really bad because I’d go late into the night, but they didn’t make even one complaint,” said Misty.

Part of the reason why the project took Misty so long to complete was that she was required to do much of it by hand, including having to relocate the dirt from existing beds to 50-gallon drums.

“I actually did some math to see how many pounds of dirt I moved and discovered that each 10-foot bed held two tons of dirt—it was exhausting,” said Misty.

But creating the beds was only half of the work. Misty also had to raise the money needed to pay for the materials.

“I held three major garage sales and made a newsletter that I would hang on the door and at my table to explain who I was and what the money was going towards,” said Misty. “I also asked friends and family for donations.”

In the end, Misty raised nearly $2,000 and the names of those who contributed are listed along the 18-foot boxes now in use.

Misty is currently in her second year at Dodge City Community College, where she is studying criminal justice with plans to become an officer with the Dodge City Police Department.

While we congratulate Misty on her award and thank her for her hard work, we also want to recognize the following MOP residents who participated in Girl Scouts:

Posted on
September 22, 2020
by
filled under
Volunteers
Community Involvement
Giving
« Back to Blog