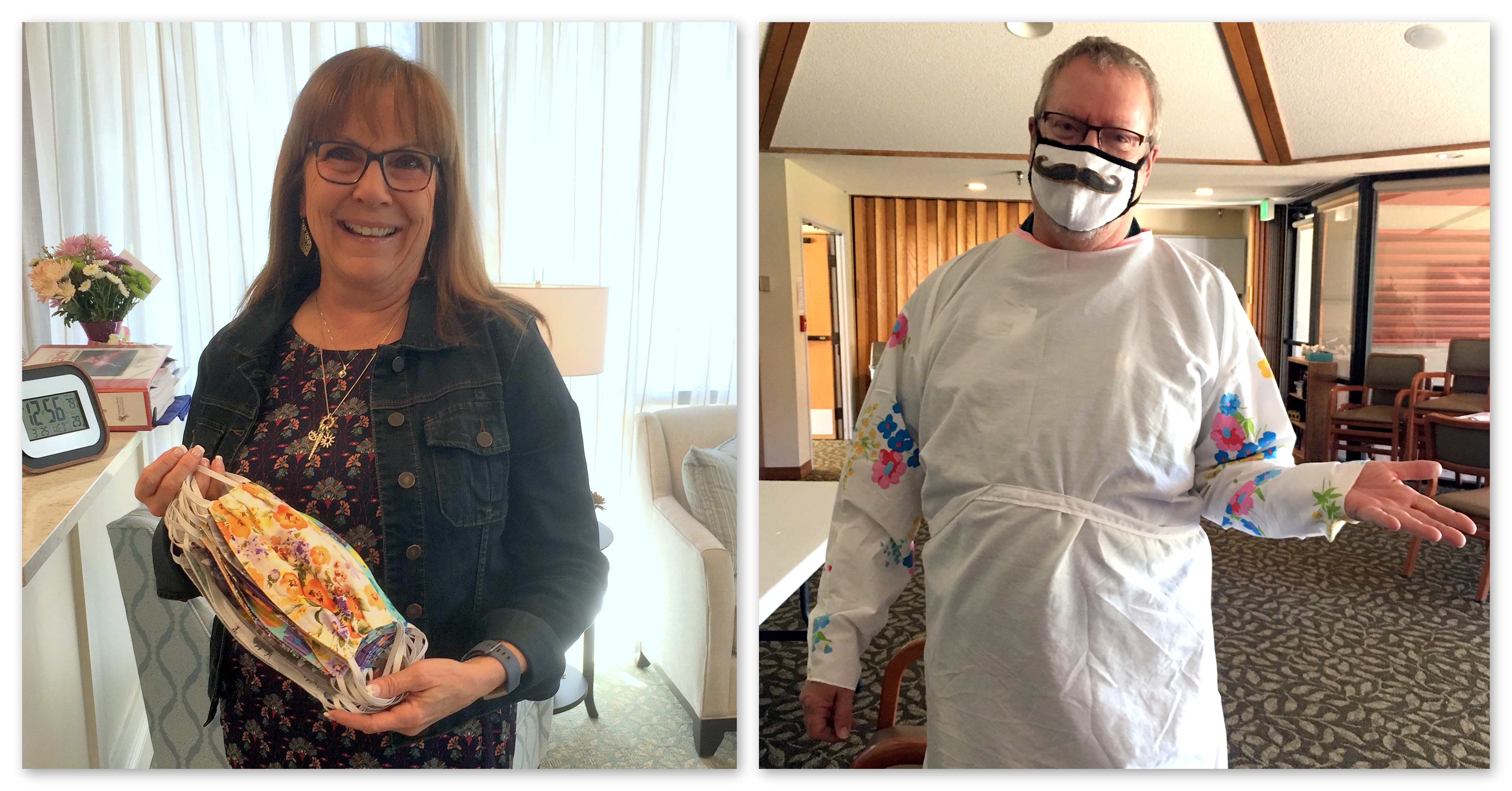 When the coronavirus initially hit the United States it quickly depleted health care resources all across the country—including here at Manor of the Plains. Hearing of the shortage, Jena Ross, the daughter of resident Donna Imel, took matters into her own hands and created her own line of personal protection devices for community staff members.

“The need was originally just masks, so I made 35 to 50 simple masks right off the bat,” said Jena. “Then I saw on Facebook they were needing some isolation gowns, so I made 31 of those.”

In addition to providing resources for MOP, Jena also began making masks for a dentist office, a physical therapist and a cancer center near her home in Illinois.

“I think I’m approaching 400 masks that I have made,” said Jena. “I know other people have done a lot more than that, but it was just something I could do to help out.”

However, the demand for Jena’s services soon led to dwindling stockpiles of material forcing her to become more and more resourceful along the way.

“I went through all the elastic I had and then ordered a bunch more,” said Jena. “When that ran out, I started cutting up my husband’s old t-shirts to use as ties—I’ve gotten very creative.”

According to Jena, the work has not only given her a purpose and prevented her from “sitting around and worrying about what’s going on,” it has proved to her that her sewing skills are still relevant in 2020.

“I always say that my talent is a dying art, so It’s nice to put those talents to good use and know that helped in some way—even if it was just a temporary Band-Aid until they could get the real equipment they needed,” said Jena. “It’s just nice to know I could use that talent for something other than just patching my husband’s jeans.”

The Presbyterian Manor appreciates all of the individuals who have stepped up to help our community.

“We appreciate all of the residents’ children who have helped rise up to this challenge keep their parents, residents and staff safe. It’s our generations first time ever going through something like this and I think we all have handled it like troopers,” said Lisa Montoya, assistant activity director.

Posted on
July 16, 2020
by
filled under
Giving
Volunteers
« Back to Blog