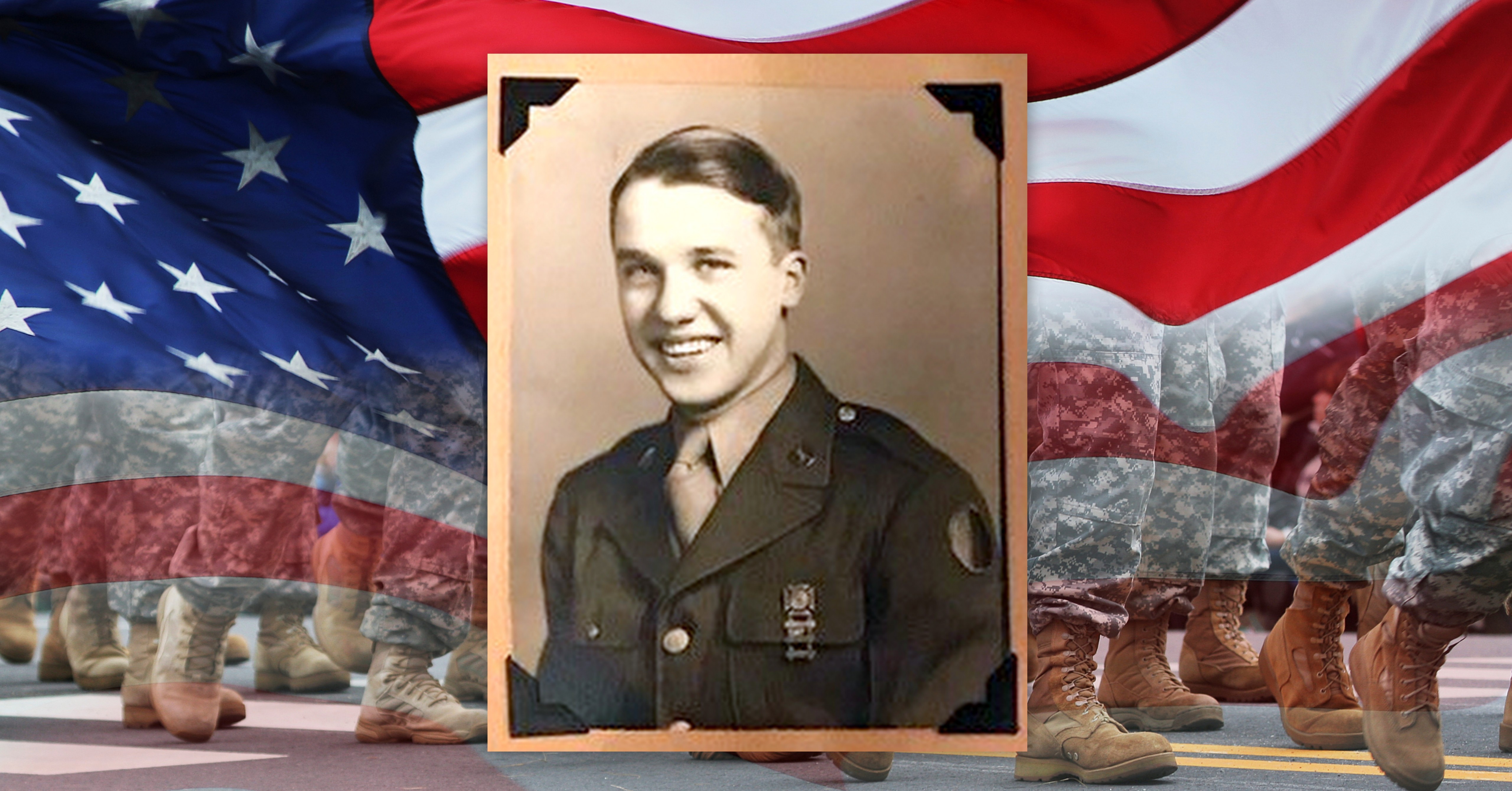 During his time in the army, Independent Living resident Jack Honnold saw the world. He didn’t, however, see any action—because no matter where he found himself headed, peace always seemed one step ahead.

Looking back, the root of Jack’s fortuitous timing could be traced to his delayed entry into the service.

“When I graduated from high school in 1944 in Winfield, my cousin and I went to Kansas City to join the Navy,” said Jack. “They said I had an irregular heartbeat and wouldn’t take me, but they took my cousin.”

With military service not in his foreseeable future, Jack enrolled at the University of Kansas. However, knowing that the draft board was going to come calling soon, Jack decided to submit to another physical over the Christmas break to get the formality of not being selected for service out of the way.

But this time, things worked out a little differently.

“They called me up in December of ’44,” said Jack. “They said they didn’t find anything wrong with me at all and just like that, I was in the Army.”

Jack crisscrossed the country with stops at Fort Leavenworth and Fort Hood before eventually making his way to Fort Mead in Maryland—but by the time he got there, the war in Europe was over.

Undeterred, Jack joined a company at Fort Mead that was eventually put on a ship headed for action in the South Pacific, but once again the war had other plans.

“We got as far as Hawaii and spent a week in the harbor there, and it took us almost a month waiting for a convoy to take us to the island of Leyte in the Philippines,” said Jack. “By the time I got there, the war in Japan was over as well.”

With peace on both fronts of the war, Jack was then stationed on the island of Mindoro in the Philippines.

“They needed a company clerk, so I volunteered and spent my time doing the paperwork that sent men home one by one,” said Jack.

Jack did such a good job that eventually he was the only man left.

“They decided to send the entire 86th division home except me. Instead, they sent me to the island of Muzon,” said Jack.

Having grown up working in the newspaper industry, Jack was put to work manning the printing presses for a topographic battalion which gave him unique access to his own little piece of history.

“While there, I got complete copies of the surrender of the Japanese with McArthur’s signature,” said Jack. “I was just lucky because topographic battalion was reproducing it to give to all of their people.”

Jack wrapped up his service working on the Daily Pacifican, a newspaper printed in Manila.

From there he returned home and completed his degree in journalism and business administration. He spent the next 40-plus years selling advertising in the newspaper industry.

Upon retirement, Jack and his second wife, Jean, once again traveled the world visiting Europe, Australia, New Zealand and Switzerland among others.

Posted on
April 25, 2021
by
filled under
Residents
Veterans
« Back to Blog