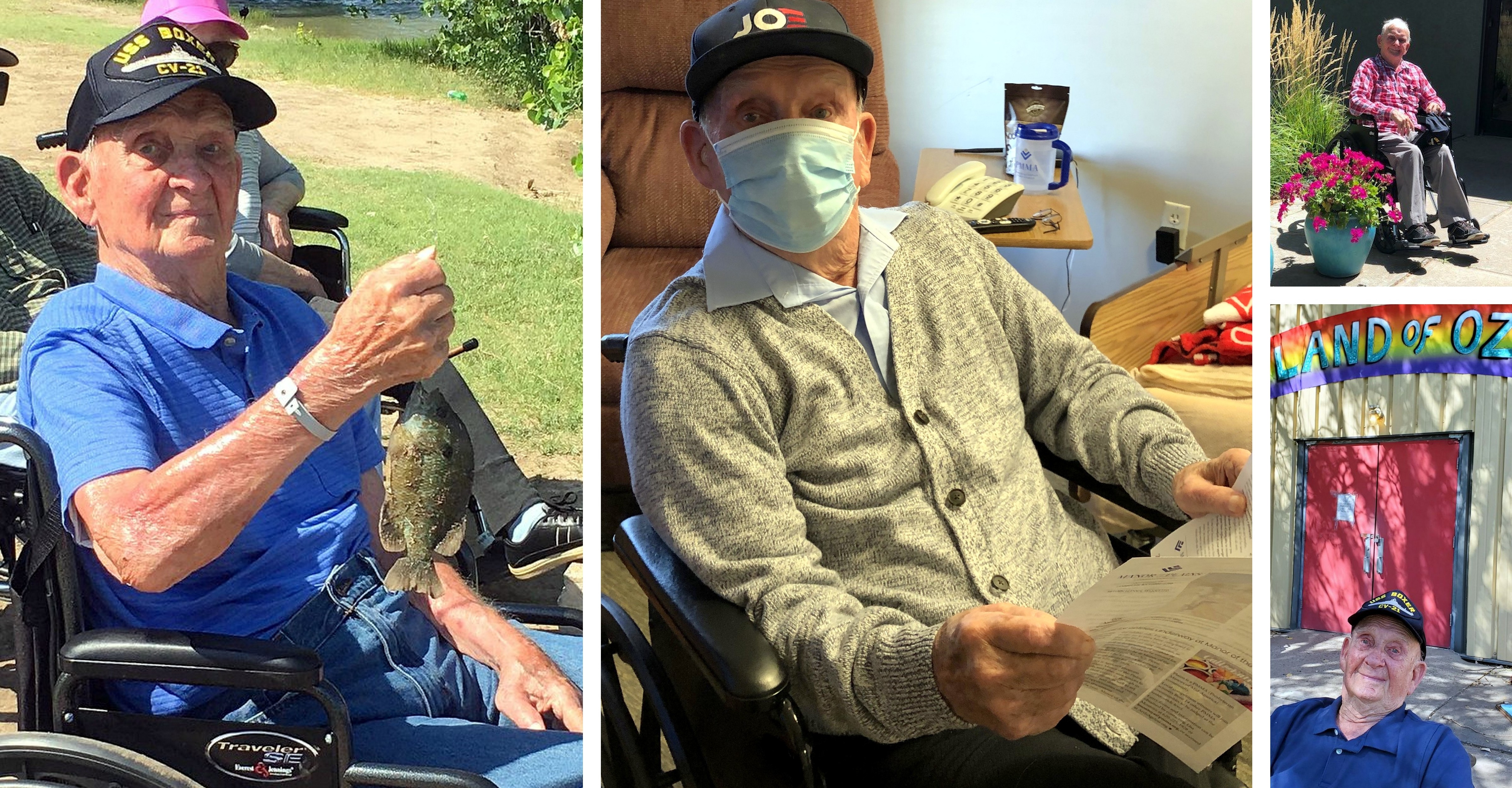 Inspired early in life, Dr. Sedley Hall dedicated his career to teaching others

Most people can point to a certain person in their life who had a major influence on who they would later become. For Dr. Sedley Hall, who has lived at the Manor of the Plains for the past seven years, it was a coach/teacher at his high school.

“He was such a nice guy, and I wanted to be just like him,” said Sedley.

So, following a 10-year career in the navy which took him to the South Pacific during World War II, Sedley enrolled at the University of Nebraska, where he would go on to earn a bachelor’s, master’s and doctorate in education.

Sedley’s first teaching job out of college was at a rural high school operated by the State of Nebraska.

“The kids all came and lived on the campus of this high school—just like they were going to college—only they were 13 years old,” said Sedley. “They were great kids but they didn’t know much about the world.”

The students’ overall lack of understanding was made painfully clear one day when Sedley was leading a few of them in basketball practice.

“I had the chalk out and was showing my boys a play when this one young kid raised his hand and said, ‘when we’re on the defense does that mean we have the ball or do they?’” said Sedley. “They were good at rodeo, but didn’t know anything about sports.”

From those auspicious beginnings, Sedley went on to teach at the University of Colorado and Alma College in Michigan where he was a professor for 24 years—retiring in 1987.

Following retirement, Sedley continued to teach, but this time it was on an island south of Hawaii where he worked with college-aged kids who didn’t know a lot about American history.

“I used to get up and act out and if they all started laughing, I knew they understood what I was talking about,” said Sedley. “It was quite an experience.”

Nearing his 100th birthday later this year, Sedley attributes his long life to eating healthy and having a wonderful family which included his five children and wife of 72 years, Betty Ann.

Posted on
February 26, 2021
by
filled under
Residents
« Back to Blog